Brief History of the Gyrocopter

How Niki Rotor Aviation came to be

In 1921, the Spanish engineer and aeronautical enthusiast Juan de la Cierva participated in a competition to develop a bomber for the Spanish military and designed a three-engine aircraft that eventually stalled and crashed but marked the beginning of the gyrocopter’s history. In 1923, he developed the first successful rotorcraft – the C.4 model, which he named “autogiro”. The innovative model validated De la Cierva’s efforts to produce an aircraft that could be flown safely at low airspeeds and became the predecessor of the modern helicopter.
Image Source: RTVE Archive

In 1925, shortly after the significant accomplishment of the newly-developed C.6 model, De la Cierva established the Cierva Autogiro Company in England making the country the world center of autogiro development. A few years later, the production of autogiros was licensed to a number of manufacturers, including the Pitcairn Autogiro Company in the U.S. and Focke-Wulf of Germany where a number of innovations were made.
Image Source: This photo was originally published digitally in Aviation Week & Space Technology on January 15, 2016.

In the 1930s, when improvements in helicopters made them practical, autogiros became largely neglected. They were, however, used by major newspapers and by the United States Postal Service.
Image Source: Library of Congress/LC-DIG-HEC-25025>

In 1939, the Soviet Air Forces developed the first rotary-wing aircraft designed for combat in the Winter War - the Kamov A-7 model. Cierva-licensed autogiros would be used during World War II by the British, French, Russian and Japanese forces, nevertheless, the autogiro would all but disappear by the end of war.
Image Source: М-Хобби 2018-01. Андрей Аверин. А-7бис. Чудеса на виражах/работа над ошибками

The resurrection of the autogiro came about when Igor Bensen, a Russian immigrant in U.S. with a mechanical engineering degree, introduced the Bensen B-7 autogiro followed by the advanced model B-8M that was placed into production in 1957 and became the most produced and copied aircraft design in history. Bensen called his creation a “gyrocopter”, a term he subsequently trademarked.
Image Source: Transferred from en.wikipedia to Commons by Common Good using CommonsHelper.

Behold the 21st century and the arrival of a great advancement in gyrocopter design and engineering incorporating comfort, ease of operation and safety. There are now around half a dozen top quality gyrocopter manufacturers, mainly from Europe.

Niki Rotor Aviation was officially established in 2010 but has a history dating back to 2000 when the company designed its first helicopter prototype. Unfortunately, the machine did not reach the market potential required due to certain technical characteristics. However, the challenge of building a flying machine motivated the company and in 2004 they started their new project – the NIKI 2004 gyrocopter. 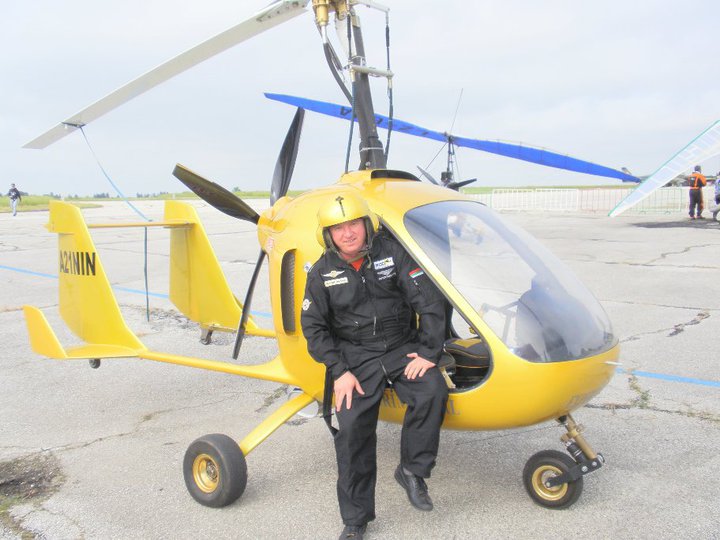 In 2008, with hard work and dedication, the NIKI 2004 model successfully obtained the first flight test in Montanta, Gabrovnitsa airfield. However, the improvements of NIKI 2004 set the new challenge for the company – the new prototype NIKI 2004 M ie APIS that would have the same design, but with a cab of 40 cm more.

The Niki 2004 model was developed into the stretched Niki 2004M and later into the faster Niki 2008 and Niki Apis.The Niki Lightning, originally designated as the Niki 2009 is a tandem two seat model with a propeller-hub mounted tailboom.

The Kallithea is a development of the 2009 Niki Lightning, differing mainly in its use of a conventional two-tube tail boom that passes under the pusher propeller instead of mounting the tail boom through the propeller hub. The Kallithea features a single main rotor, a two-seats-in tandem enclosed cockpit with fold-up doors, tricycle landing gear and a four-cylinder, liquid and air-cooled, four stroke 100 hp (75 kW) Rotax 912 or six-cylinder, liquid cooled side-valve four-stroke flat six 4-litre gasoline 120 hp (89 kW) D-Motor LF39 aircraft engine in pusher configuration. The doors can also be removed for flight. 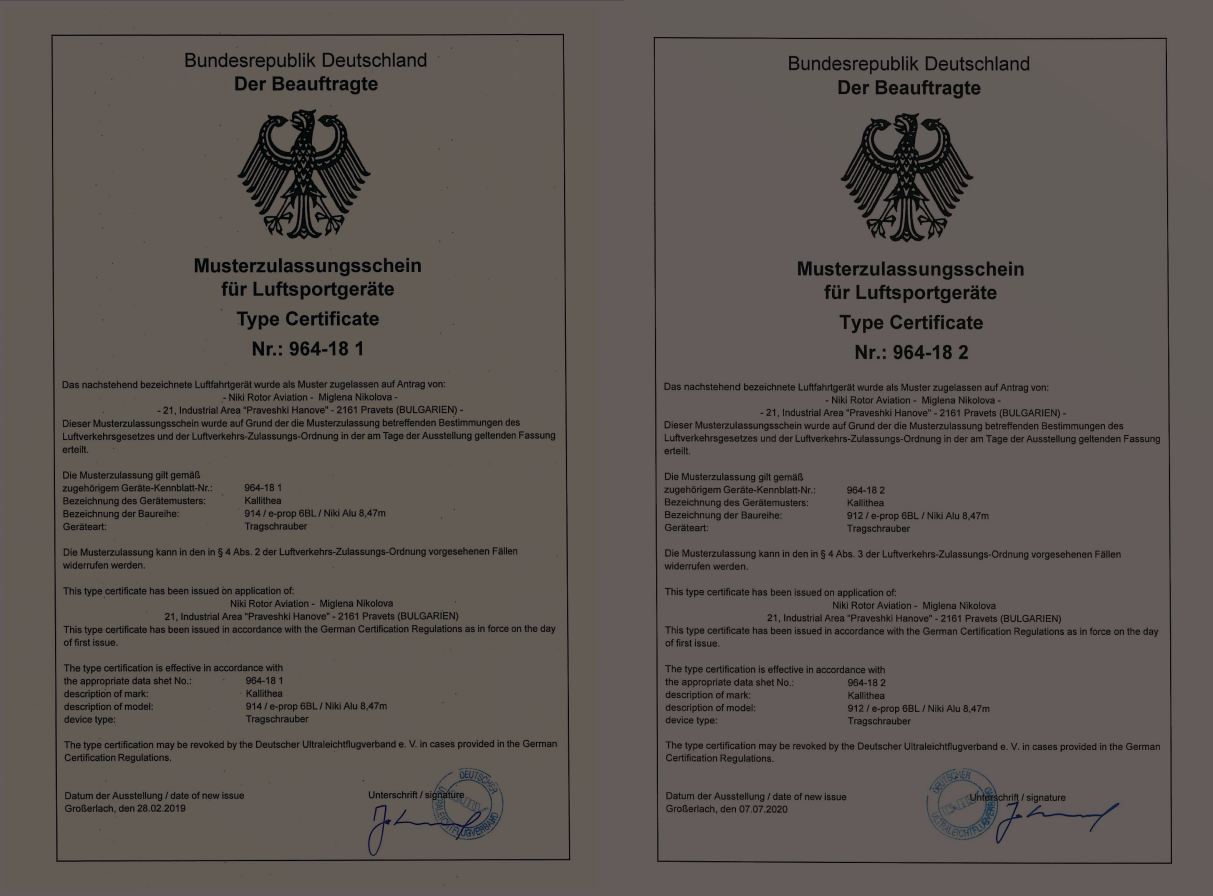 We continue to expand outside of Bulgaria. Our core business model is to build reliable and stable relations with companies and individuals that are willing to grow together with Niki Rotor Aviation – representing and developing the presence of our brand around the globe.

Update your browser for the best viewing experience.